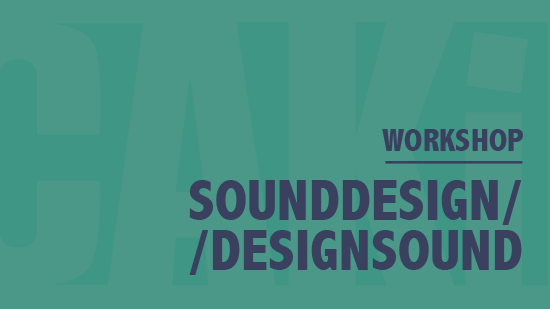 A week on sound design

In collaboration with Rhythmic Music Conservatory CAKI held a one week sound seminar in February 2012. The initiative evolved and became a cross-institutional course for all art educations.

The purpose of the seminar was to explore the term sound design, and its commercial and artistic dimensions, by inviting a great range of speakers.

Composer Søs Gunver Ryberg talked about her audio walks and the process of making sound art in public space.

The seminar also included four workshops facilitated by Jacob Sikker Remin from 8bit Gallery, pianist and composer Maiken Ingvordsen and Jesper Mechlenburg from Mechlenbrugmusic.dk among others.

The course has been held.