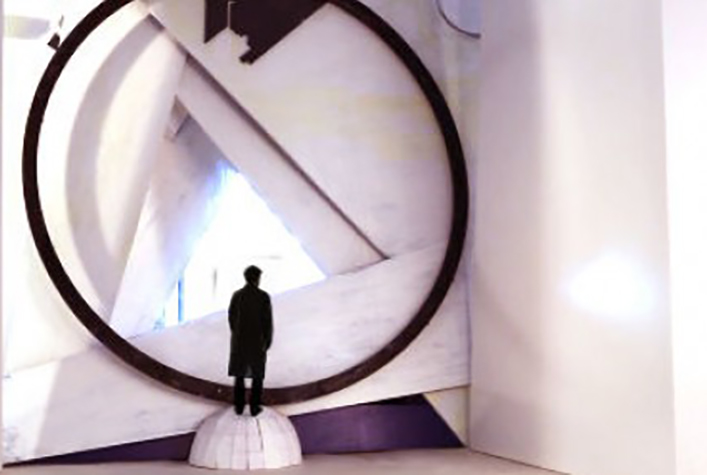 The Free World is an interdisciplinary cross-media project by students at the National Film School of Denmark, Ida Andreasen and Peter Lopez, as well as students from the Royal Danish Academy, School of Architecture and School of Design. The project aims to discuss the difference and the relationship between identity in reality and identity on the web, in social media and other virtual spaces.

The project is a cross-media project and it involves several different media platforms. The story about a totalitarian society in 2050, which has a zero tolerance policy towards frustration, sadness and aggressive outbursts, is told through a playable demo of a computer game, a book and a teaser on a web series that mixes animation and film.

CAKI believes that the project is relevant and innovative, because the project wants to create a unique cross-media universe and in the creation of this, they involve students from several of CAKIs member schools. The project is as well relevant in light of the European cross-media academy EUCROMAs focus, while it addresses the students’ need to understand and interact with new media. Furthermore The Free World discusses a socially relevant discussion and trend.

The students themselves explain about the project

“The Free World is a cross-media project that will generate stories through film and PC strategy game. We work with storytelling across different media to convey our concept (…). Through our project we wish to tell stories of destiny and our dream is to create a contemporary picture of how we use the media to get rid of frustration and feelings, we can’t express in our daily lives. We do not aim to point fingers or moralize – but through provocation and humor we want to open up a socially relevant debate.”

Illustration: Katsuhiro Otomo – used as visual inspiration in the project

Ida Andreasen and Peter Lopez, The animation line at the National Film School of Denmark
Students from the Royal Danish Academy, School of Architecture and School of Design are as well involved.