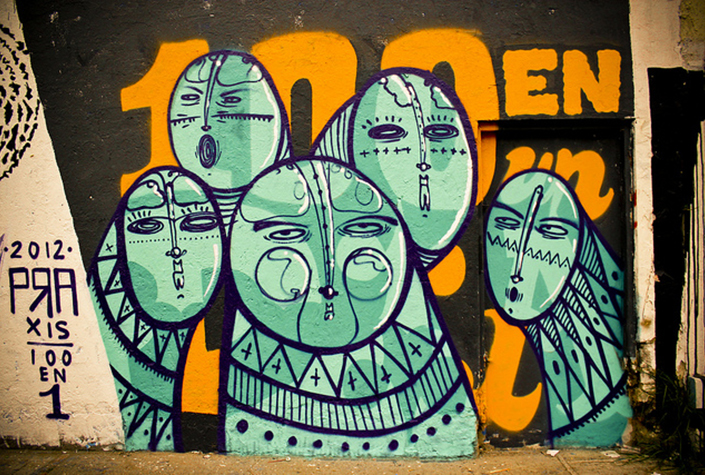 100en1dia is a documentary about a project with the same name that took place in Bogota Columbia in 2012. The aim was to continue to inspire and carry on the ideas the project initiated where citizens of Bogota were invited to take part in developing their city. The film took an innovative approach to the artistic process by involving Bogota’s citizens in the film making.

100en1dia documents a 24 hour long happening in Bogota, and both the project and the film wish to inspire citizens to make a change in their local community. The film was made by a cross artistic project team challenging the conventional film hierarchy. The organisation structure in the team was flat which let the different artists get invested in all aspects of the film process.

The artistic process also mimes the content’s focus on diversity by engaging the citizens in the making of the film. 30 locals photographers contributed to the film’s imagery with video clips filmed with phones and smaller cameras.

Video from the project